Discover our villas
Home »
The magazine »
Fascinating Facts About Marrakech

Marrakech, one of our most favorite destinations, will be at a loss for words if we begin to describe the beauty and glory of this city. At Villanovo, we have extensive resources and guides to Marrakech, and we are constantly adding more to help you understand this amazing city. Today we will discover some interesting facts about the city of Marrakech in the Kingdom of Morocco that are not only fascinating but also worth knowing.

>>> Our Villas in Marrakech 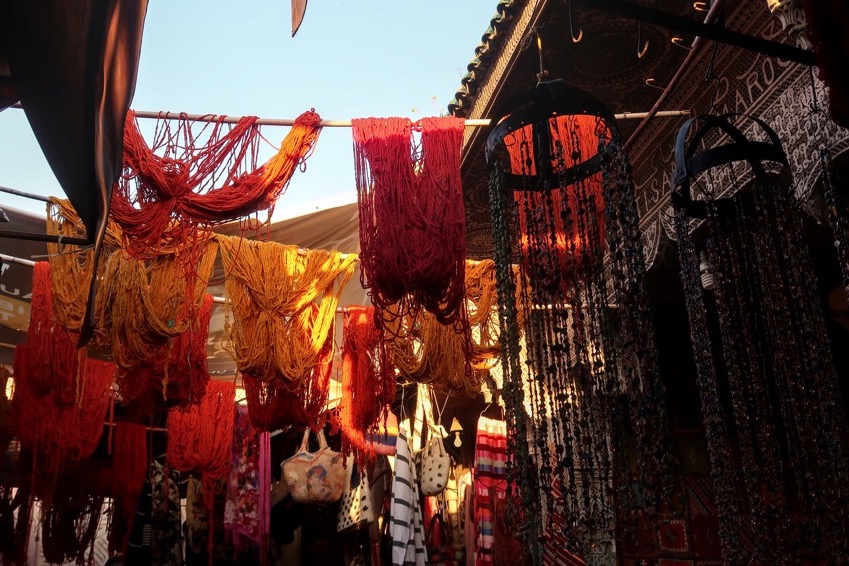 Check out these interesting facts

- Mint tea and couscous, which are tiny grains of wheat, are Marrakech's national food and drink.

- The palm trees that you will see sprawled all over the city are forbidden to cut and if found cut, they are subject to a heavy fine by the local authorities.

- Marrakech was found in 1062 by a religious leader.

- Marrakech is multilingual. The official language is Arabic, but English and French are widely spoken by the population.

- Marrakech has the largest souks in Africa. The Jemaa el-Fnaa, which is one of the grandest souks in the whole continent, is straight out of a movie with snake charmers, vendors, spice sellers, artisans and many other things to discover once you are in the city.

- Marrakech's airport, Menara Airport, is considered one of the most beautiful airports in the world. With its geometric shapes and glass dome, the architecture truly reflects the beauty of the city you are about to enter.

- Marrakech is also the favourite holiday destination of many famous celebrities.

- Winston Churchill's famous painting "Sunset Over the Atlas Mountain" was painted in Marrakech in 1943 during the Casablanca conference, after which he toured Marrakech with Franklin D. Roosevelt.

- Marrakech has a distant twin city in Arizona, USA, called Scottsdale because of their common cultural roots and the fact that they are both desert cities.

- The country is an entirely Muslim country with 98% of its population following Islam.

>>> Culture and Tradition in Marrakech 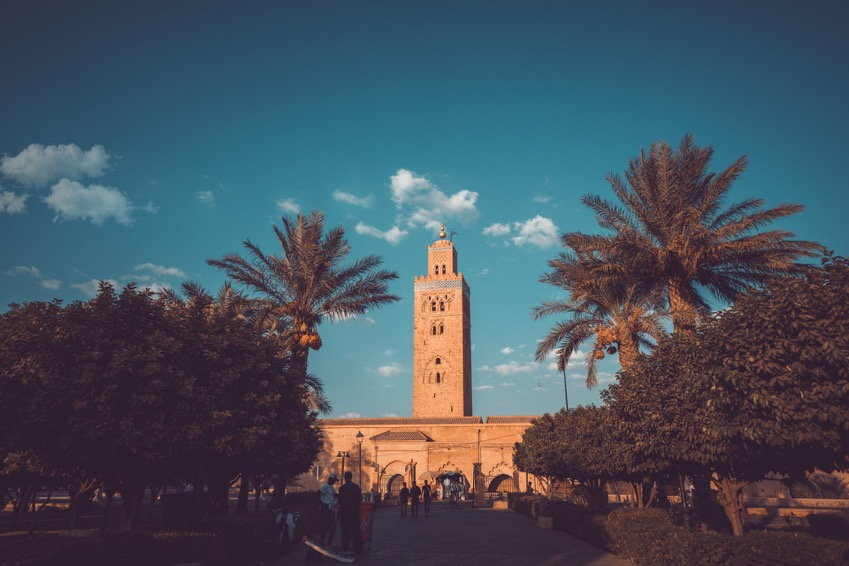 - You will not fail to notice the population of cats all over the city of Marrakech. These cats are not domesticated but are part of the natural habitats.

- Marrakech is also sometimes referred to as the “Red City” because of the red walls that surround the district.

- It is assumed that the origin of the word "Marrakech" comes from the Berber expression "Murr Akush", which means "Land of the Gods", the Berbers being also considered as the first settlers of Marrakech.

>>> The Love Festival of Morocco

- Strangely, the time in the UK and Morocco is the same, which means that they are both at GMT +1, although the countries are geographically distant.

- Marrakech consists of two parts, the old city known as Medina and the new city called Gueliz, displaying a perfect balance between tradition and modernity.