Discover our villas
Home »
The magazine »
IMILCHIL FESTIVAL: The Love Fest of Morocco

Are you fascinated by the different festivals and celebrations around the world? Every community and culture have a variety of festivals that keep traditions alive. Festivals are a way to strengthen community ties and maintain the spirit of unity. Today we are going to discover an interesting festival that takes place in Morocco called the Imilchil Festival.
>>> Culture in Morocco 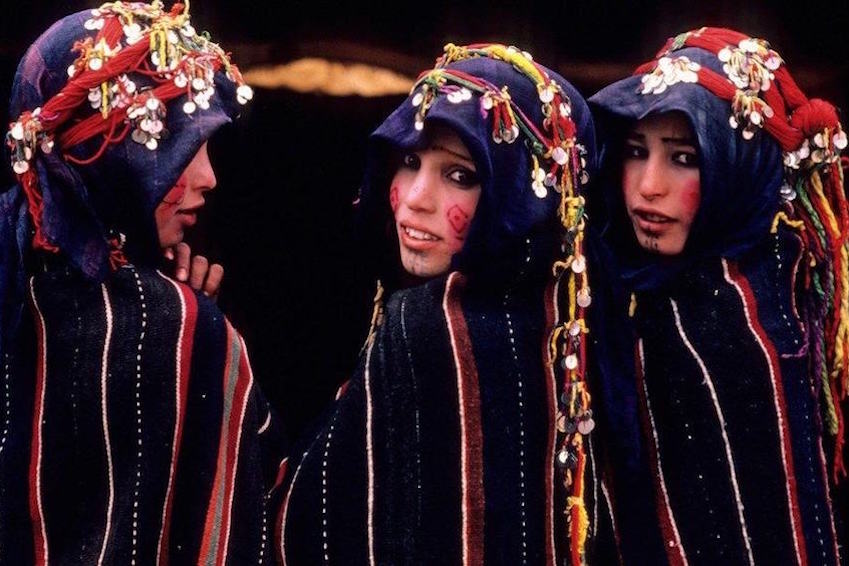 Imilchil is a very remote village in the Atlas Mountains of Morocco which is quite inaccessible due to its rugged terrain and isolation. The village belongs to the semi-nomadic tribe Aid Haddidou. Nevertheless, this lonely village has been the center of attraction for many tourists, researchers and culture lovers over the years. Let's dive into the story of this unknown and unrecognized village, nestled in the heart of the highlands, which is today a major tourist destination.

The popular folklore of Imilchi is the tragic love story of two lovers who met an unsuccessful end to their story. The two lovers belonged to different Berber tribes who fell in love. As conservatism prevailed in society, the lovers were not allowed to marry each other by their families. Tormented by the sadness and despair of having to spend the rest of their lives without each other, the lovers cried to death, creating a lake of tears and drowning to end their lives. Their families eventually began to celebrate the anniversary of their death as a symbol of love and sacrifice. Also, the head of the tribe, Sidi Mohammed El Maghani, is buried in Imilchi and it is believed that a couple blessed by the head will have a prosperous married life.
The tiny village is transformed into a bridal market that hosts an annual wedding festival around the end of September for three days. Although no one gets married exactly during this festival, it is an opportunity for the young men and women of the tribe to choose the partner they want for themselves. Interaction, flirting and socializing are encouraged and when a couple likes each other, they officially announce their engagement. The whole festival is a great display of fun-frolic and celebration. There are performances of music and dances, the bazars are set-up and there is a buzz and lively vibe in the atmosphere.
>>> Escape to Morocco in September 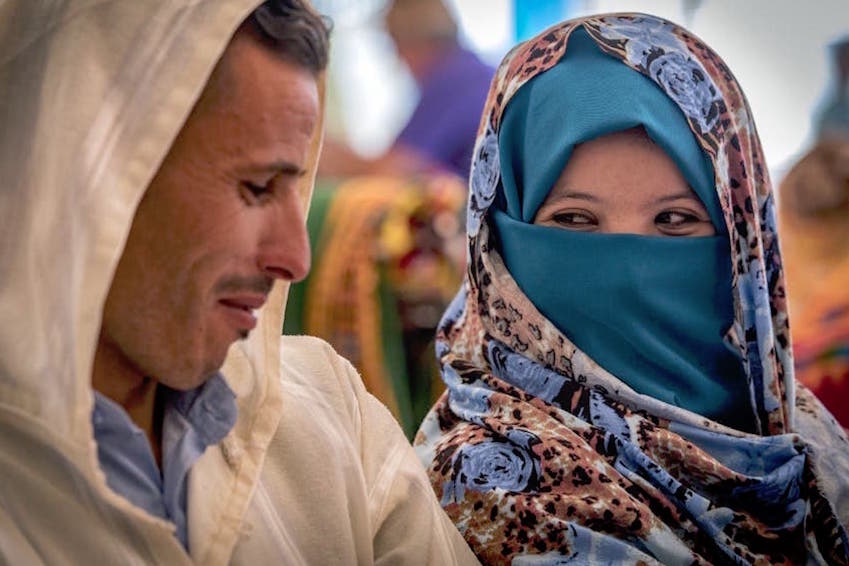 Moussem of The Brides

The festival of brides in Imilchil is not just a merely an annual festival, but it is an illustration of social interaction and an example of the tribal heritage of Morocco's indigenous community. The festival also happens to coincide with the end of the summer season, which is also the end of harvesting season. Tribal society is linked to agriculture and cattle farming in most parts of the world and here, in the Moussem de Las Novias festival, we see the fusion of celebration of the harvest, kinship, the commemoration of ancient traditions and the honoring of ancestors.
This festival is not only about finding suitable spouses for bachelors, but it is also an opportunity for divorced and widowed people to find a new spouse. To distinguish men and women who are there for their first marriage from divorced or widowed people, there is a marker to identify which are attires and hairstyles worn by people. Divorced women would wear a conical headgear and single women would not wear this headgear. Men are dressed in stylish white or light-colored suits and wear a white turban covering their head.
Next time you plan your trip to Morocco, we recommend that you try to attend this festival to witness a unique cultural tradition. However, you should be aware that the festival is highly protected by the tribesmen as it is considered sacred and revered. Tourists and outsiders who wish to experience the festival are only allowed to observe it from a distance, without participating in the festival itself, in order not to disrupt the ceremony and to promote healthy interaction between those present to find a suitable partner.
>>> Moroccan Weddings