Discover the essentials of Moroccan cuisine 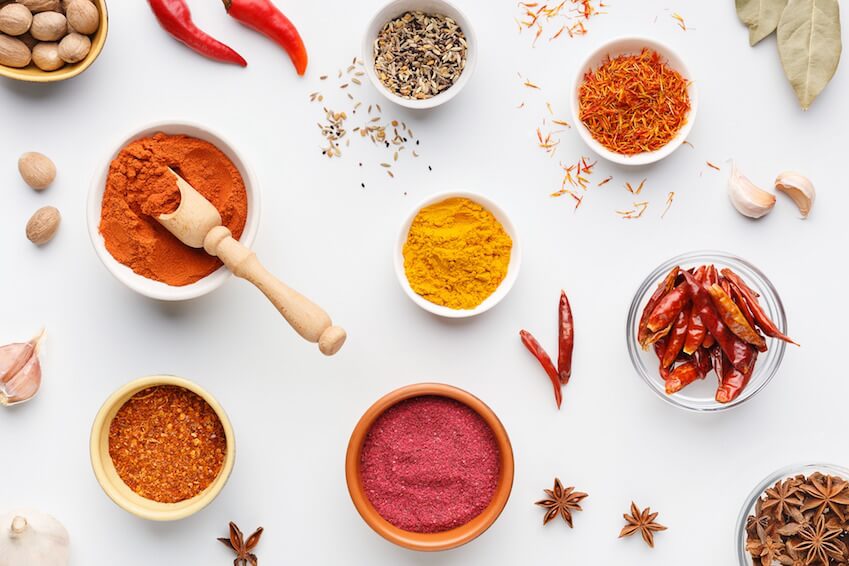 The internationally renowned gastronomy of Morocco which includes dishes such as couscous and tagines as well as delicious pastries owes its success to the special spices and condiments it uses. Today, Villanovo is sharing the essentials of Moroccan cuisine which create a true explosion of flavour in your palates and leaves you wanting more.

>>> The best cooking classes in Marrakech 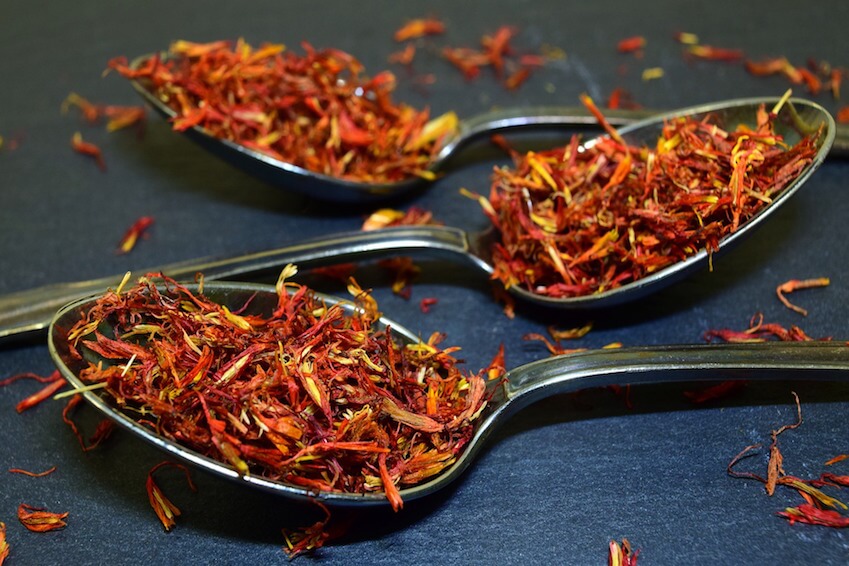 This vibrant spice which can be considered an emblem of Morocco and grows in the Taliouine region in southern Morocco and in the Ourika Valley is the most expensive spice in the world due to its harvesting which is labour-intensive. Saffron is harvested in the Autumn months, usually in late October or early November and is done by women before the sun rises. The saffron flowers are picked very meticulously to protect the stigma which is where the saffron threads are found. Another factor contributing to the cost of this spice is that around 115 stigmas are necessary to produce 1 gram of it. The energetic scarlet spice is not solely used to add a strong flavour to dishes but also for its medicinal properties: it is commonly used to reduce fever and cramps.

>>> A gourmet break in Marrakech 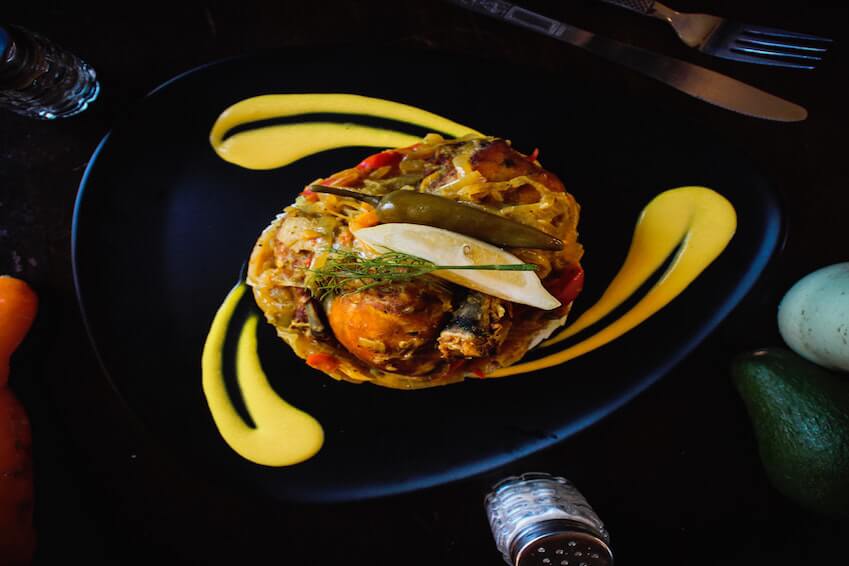 Smen is a traditional salted and preserved butter which is used in Morocco to add flavour to dishes such as couscous. The preparation of this unique butter is artisanal and has been passed on from generation to generation for a very long time. To create its one a kind taste, the butter is conserved in clay pots for a period of 6 months. As a common ingredient to tasty Moroccan dishes, those who rent a villa with a chef in Marrakech with Villanovo will have the opportunity to discover this ingredient more closely in their own kitchens as the chef will most likely use it in its dishes.

>>> Our favourite catered villas for a group holiday in Marrakech 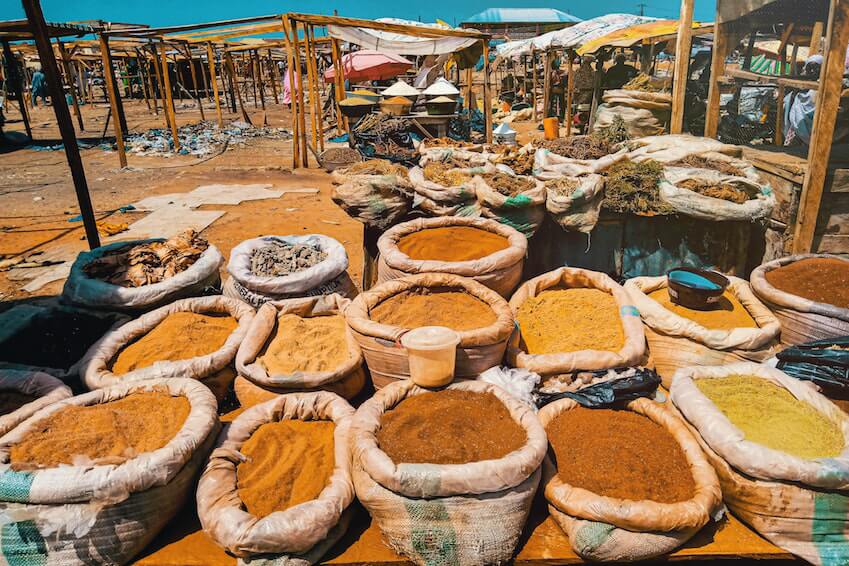 Ras el-hanout which literally has for meaning ‘ head of the shop’ is usually the the most prestigious product a vendor has on offer. This is because ras el-hanout is a combination of different spices which the vendor choses: there is no set recipe, it's up to the vendor’s fantasies. The price will therefore vary depending on which shop you are in. To ensure you buy the best one at the most profitable prices, head to the Medina in Marrakech, to the souks more particularly where there are a multitude of spice vendors where you can practice your negotiation skills.

>>> The food scene in Marrakech 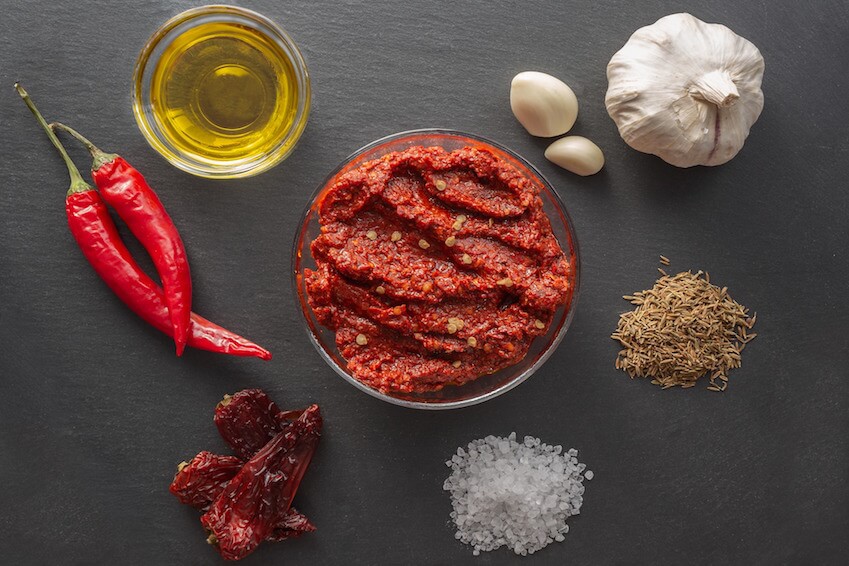 Harissa is a delicious hot chilli peppers purée which accompanies a variety of meat and fish dishes. There are variations of harissa in northern Africa: they all have the same base being sun-dried hot chilli peppers grinded with spices but these differ depending on the country. For example, in Tunisia, Harissa is made with coriander and cumin whereas in the traditional berber recipe, berber being an ethnic group in Morocco, only garlic, salt and olive oil are added. Harissa is excellent for one’s health, in particular for arteries as it is full of vitamin A,C and E. Combined with a hike up to the Atlas Mountains, harissa will keep you in good health during your trip to Morocco! 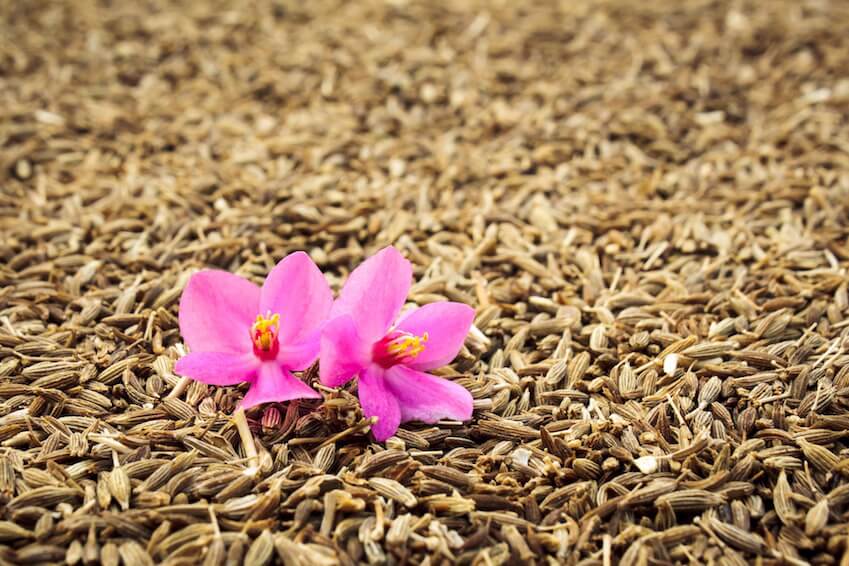 This strong-flavoured yellow spice is by far the most used spice in Morocco. It is especially used for tagines as it brings out the delicious flavours of the vegetables and the meat and adds warmth and spice to the dish. Cumin comes in two forms, as a powder or as grains and is produced in various parts of the world, however, it has been said that Moroccan cumin is the most scented of all. Cumin is ideal for those who often have stomach related issues as it helps digestion.

>>> Rent a luxury villa in Morocco