Marrakech and the winter of storks 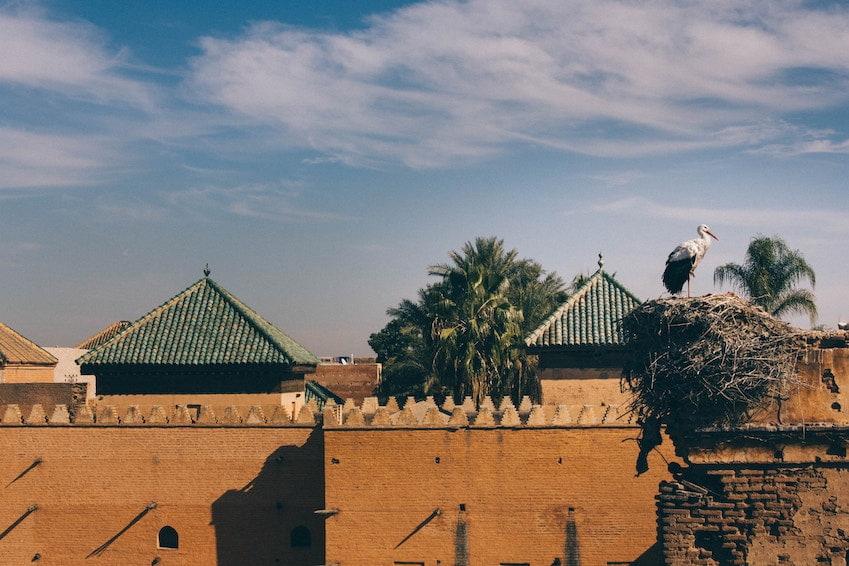 Where do these elegant storks come from? They can often be seen in Marrakech from the roof terraces of the cafés in the Place des Ferblantiers or from the terrace of the Palais El Badi. Why did this long-legged bird choose to settle in the heights of the ochre city buildings? Today we will explore this ominous bird that embodies Marrakech. 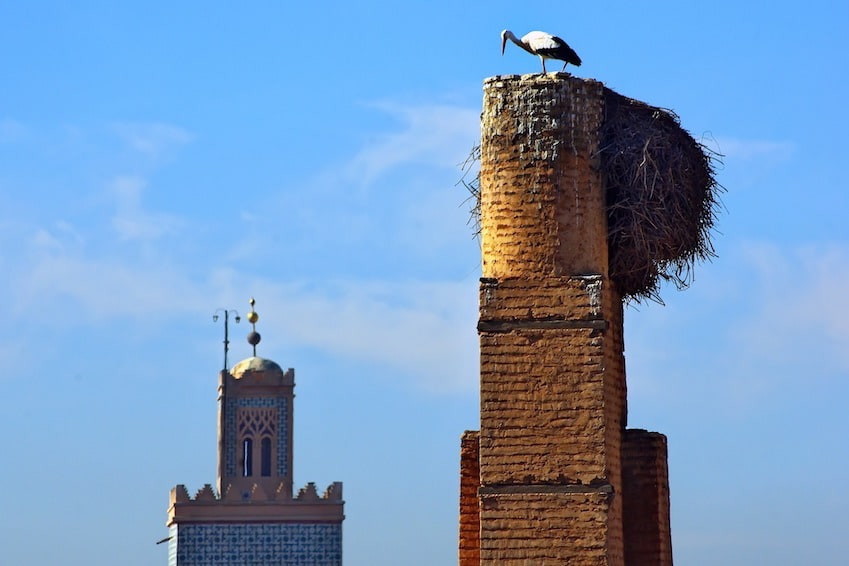 Identity and symbolism of the stork

The stork (ciconia) is an often migratory wader bird, with a straight, pointed beak and black and white plumage. Generally, at one metre long, the stork has an exceptional wingspan of 1.80 m. Unable to sing and scream, it communicates with it fellow-species by snapping its beak: this is called "crackling" or "slamming". But their cigogneau (the stork's offspring) can produce a sound called "meowing" (nothing to do with the cat) and loses this ability as he grows older.

Storks breed in colonies and most of the time they build their nests with branches at the top of trees or on human constructions. They feed on frogs, lizards, chicks, crayfish, small rodents, etc.

Symbolically, it can be said that it is respected all over the world, even though the Old Testament referred to it as an impure animal.

The Romans, under the invocation of the god Junin, associated it with clemency and compassion - It must be said that storks take particular care of their parents, by feeding them when they grow old.

In the East, people worshipped the vitality and lucidity of this animal as it can live a long time (from 20 to 30 years). For some ancestors, the stork was the devil's adversary, as it attacked the snakes and insects that live in the mud. Borning its symbolism relating to spirits.

Finally, the Arabs celebrate the arrival of storks joyfully, as it is a sign of the end of winter. The stork was then a courier of luck and pleasure. The fact that it maintains a position of serenity during sleep, by landing on one leg, most probably explains the fact that it is associated with wisdom, philosophical reflection and the lucidity of inherent knowledge. 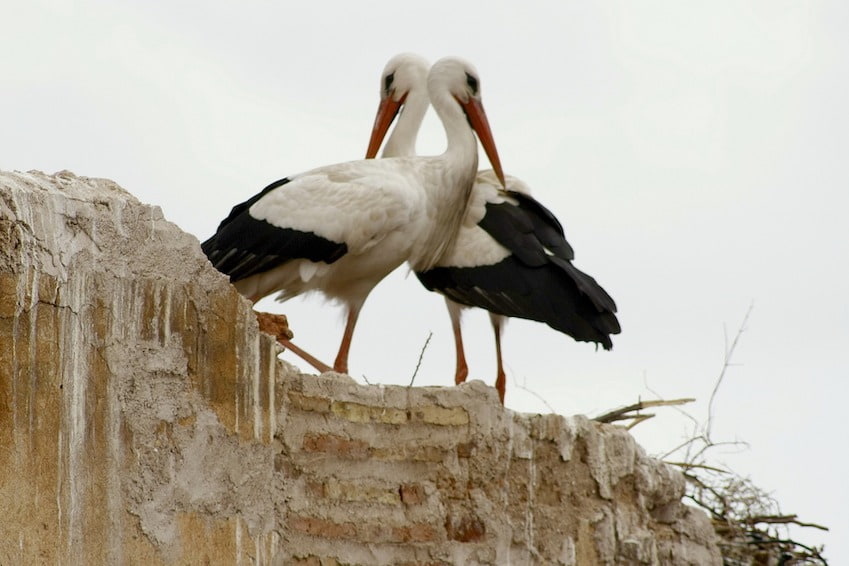 Marrakech: a key step on a long journey

The stork is a migratory bird, capable of travelling 300 to 400 km. When winter arrives in Europe, the white stork will see its prey disappear. If it can withstand the cold, snow and ice, it prevents it from hunting properly. It is therefore obliged to pack its bags and set off for new horizons.

This explains why it makes one round trip, or 2 migrations per year: a prenuptial migration and a postnuptial migration, the latter being precisely this movement from its breeding area to its winter quarters.

Thus, storks from Eastern Europe head for the Bosporus via Greece, along the Mediterranean coast and arrive in Africa through Egypt, to land in Eastern Africa, particularly in Kenya and Tanzania.

The storks of Western Europe are the ones that interest us here, since they border the territories of France and Spain to meet in Gibraltar, before reaching the Maghreb and sub-Saharan Africa. This is how some of them stop over in Marrakech where they land for the entire winter.

>>> The climate in Marrakech

They find the warmth and food they were looking for and build their nests on the roofs of the Medina or the historical ramparts, in a calm and secure climate that suits them perfectly.

>>> Rent a riad in Medina of Marrakech

Sometimes it would be nice to live like a stork, in order to rediscover the warm environment of Marrakech and nest in the wonderful riads and villas of the ochre city.