Discover our villas
Home »
The magazine »
Learn more about the traditional Moroccan outfits. 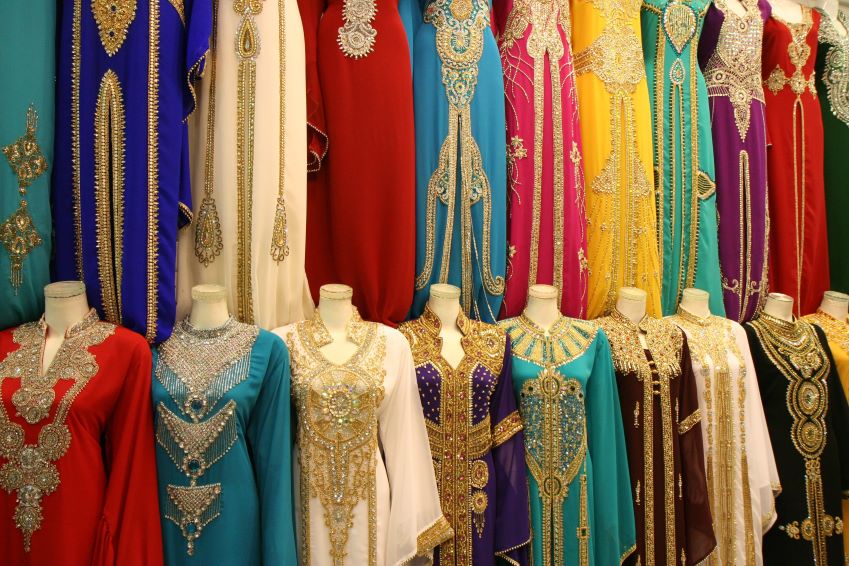 With its rich cultural heritage and unique traditions , Morocco is the country of know-how, craftsmanship and elegance par excellence. The various traditional outfits have traveled through time and remain to this day an essential element of Moroccan tradition, which many people like to discover during their trip to Morocco . The souks are full of traditional outfits and it is absolutely not rare to come across Moroccans in these magnificent outfits. Discover now the secrets of traditional Moroccan outfits which will be an excellent souvenir to bring back from your stay.

>>> Discover our villas and riads in Morocco for an exceptional stay. 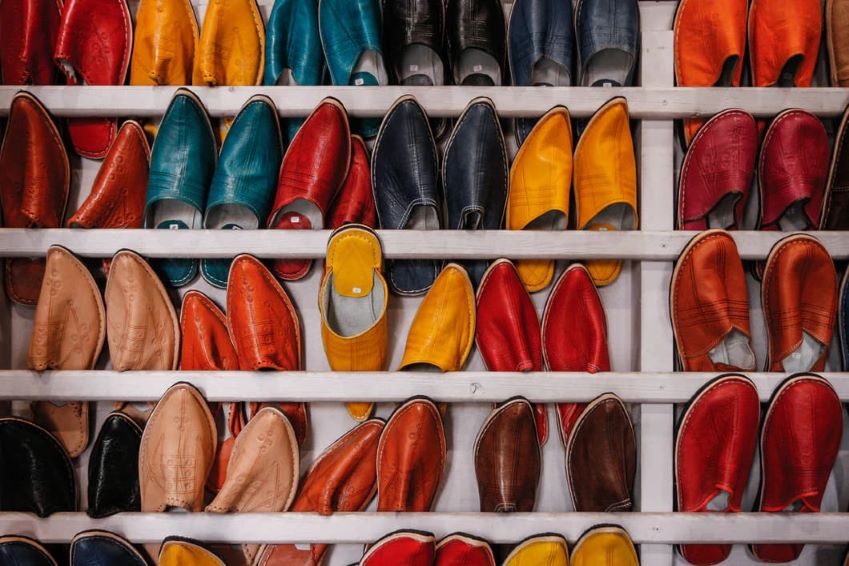 The djellaba is surely the most emblematic outfit in Morocco. Who hasn't heard of this Muslim outfit that reflects the Arab way of life? Drawing its origins in the Ottoman Empire and in different regions and countries such as Turkey, the djellaba is today an unavoidable costume of the Maghreb and very widely represented in Morocco. It is a masculine garment, which was once worn by people highly placed in society, while its wearing has become more democratic in recent years and it no longer represents a high status. However, some djellabas such as the one in Bzou are particularly luxurious and are therefore not within everyone's reach, for its incredible quality and the finesse of its decorations. Traditionally of neutral and plain colour, djellabas have diversified over the years and today represent an art for the couturiers who make them. We can find today djellabas coloured and especially decorated with embroidery, sequins or composed of an assembly of different materials. The latter, which originally has a hood, is used as a coat or worn over other garments such as the sarouel and the gandoura which is a long tunic reaching down to the ankles. Djellabas can be found very easily in Marrakech and all over Morocco.

The caftan is a traditional outfit worn in different religions but widely represented in the Middle East and in the Muslim religion. Indeed, the Muslim religion requires Moroccan women to change their caftans seven times during their marriage and to wear at least one traditional caftan from their family's origin. This was also the custom of Moroccan royalty during the Merinid dynasty. For a long time mixed, the caftan is today an exclusively feminine outfit and relatively accessible to all. Like the djellaba, the caftan is the result of a cultural mix and foreign inspirations since it also draws its roots from the Ottoman Empire, but also Persian. The caftan, which can be associated with a long traditional and particularly elaborate dress, is worn at home or on special occasions. It is a true piece of haute couture often hand-made by Moroccan craftsmen, whose know-how is very important and whose prices vary according to the fabrics used and the quality of the decorations.

Like the djellaba and the caftan, the babouche remains a timeless element of the Moroccan clothing heritage. You will find it everywhere in Morocco, in the souks of the cities until the small shops of craftsmen. Indeed, the babouche is a piece which requires a very particular know-how. Generally manufactured from generation to generation and more particularly from father to son by the babouchiers craftsmen, it is a shoe impossible to circumvent and appreciated for its comfort. There are several different types of babouches and the use of various leathers for their manufacture. If you go to visit the tanners' district in Marrakech you will have the opportunity to observe the entire process of leather transformation before it is optimal to create babouches. The most commonly used leather is goat's leather, as it is appreciated for its high quality and resistance. As mentioned, the models vary a lot. First of all, you can find two different shapes which are the pointed babouches reserved for city dwellers and the rounded or even square babouches, originating from the Berber tradition, which are worn by people living more in rural areas. The babouches are made in a multitude of colors and decorations such as embroidery, sequins and patterns to match down to the smallest detail with traditional Moroccan outfits.

>>> Marrakech and the art of henna