Discover our villas
Home »
The magazine »
Moroccan architecture in 5 points 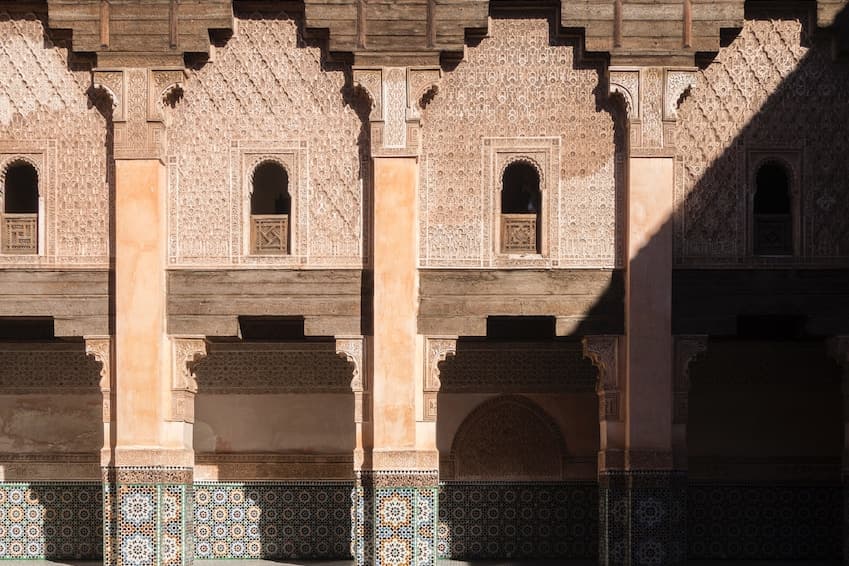 The Bahia Palace, the Koutoubia Mosque, the Saadian tombs or the Majorelle garden, Marrakech offers to those who love it monuments with varied and exquisite architecture that one never tires of admiring.
Morocco has long been influenced by its neighbouring countries, even in the art of architecture. Marrakech is a gold mine of diversity where diverse cultures meet, today forming historic monuments.
Discover 5 styles of Moroccan architecture and be prepared to meet Morocco and its history. 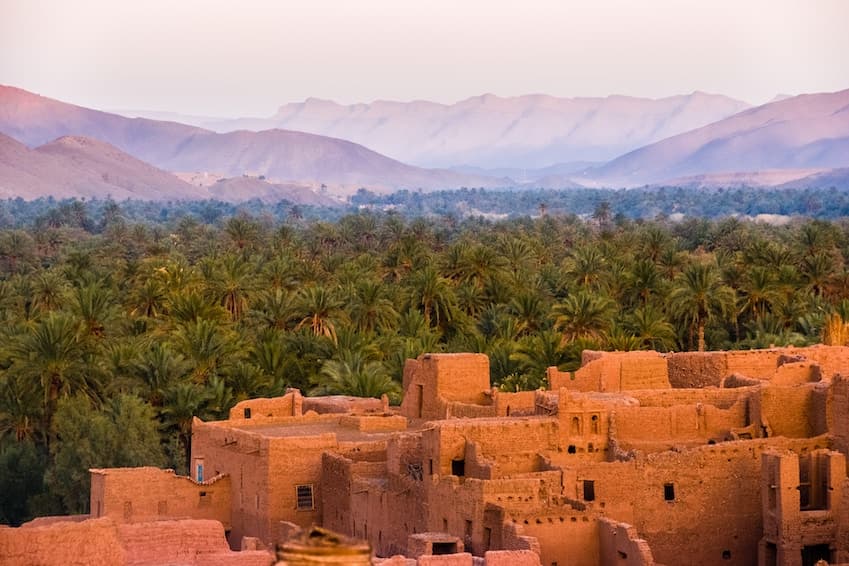 Berber-style buildings are made of materials that can be found directly in nature: raw earth.
The monuments that have come out of the ground blend perfectly into the landscapes of southern Morocco, but are nevertheless fragile and require maintenance in order to last over time, such as the El Badi Palace in Marrakech.
In Berber culture, men and women live from agriculture and women produce rugs and other Berber-style embroideries that are now very popular. A trip to a Berber village will introduce you to the history of this people who have been present since the 9th century 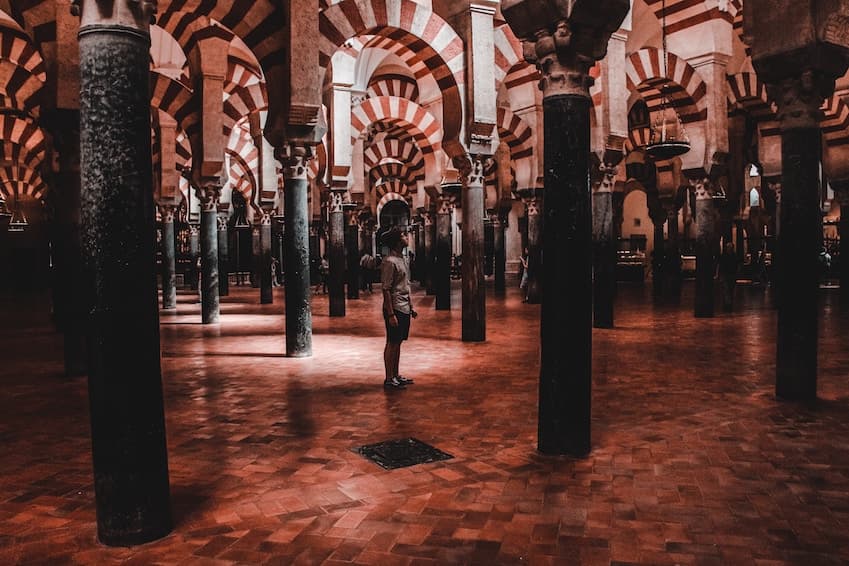 It was in the 12th century that this architecture was introduced in the Maghreb, particularly in Marrakech and Seville, and gave life to sublime monuments such as the Mosque of Córdoba and the Palace of Medina Azahara. At that time, architects had only one key word: greatness.
When you visit the Palace of Córdoba, you can admire the arched mouldings, marble walls and Byzantine mosaics and witness an admirable architecture full of history. 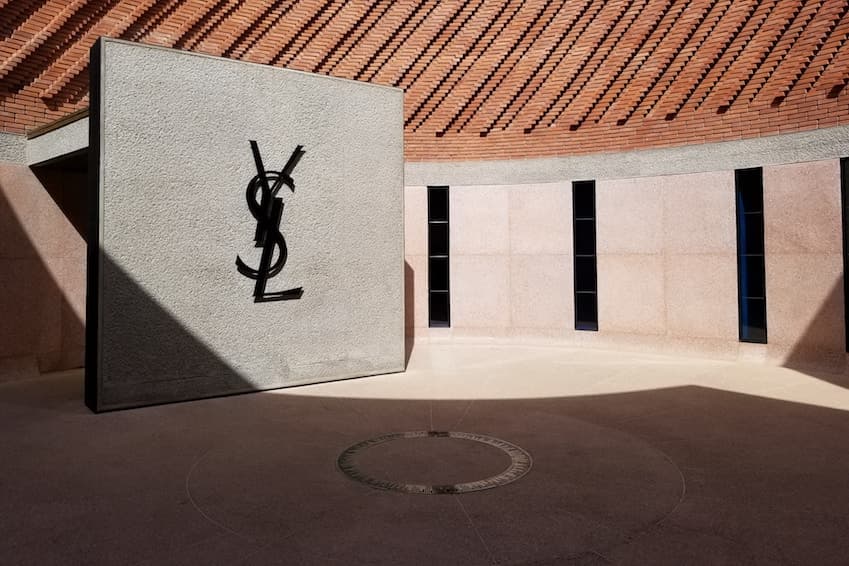 Enter the early 20th century and discover the colonial architecture of Morocco. Under French influence, colonial houses, Art Nouveau buildings and Art Deco buildings were born in the so-called "European" districts that were taking shape alongside the medinas.
The monuments are a perfect blend of two architectures.
The Bank Al Maghrib built in 1920 in Rabat is made of a typically European structure with local ornaments. Recently converted into a currency museum, this building is the legacy of Moroccan history.
More recently, the Yves Saint Laurent Museum in Marrakech has been inspired by colonial architecture with typical Moroccan fomes and colours that combine a European structure. 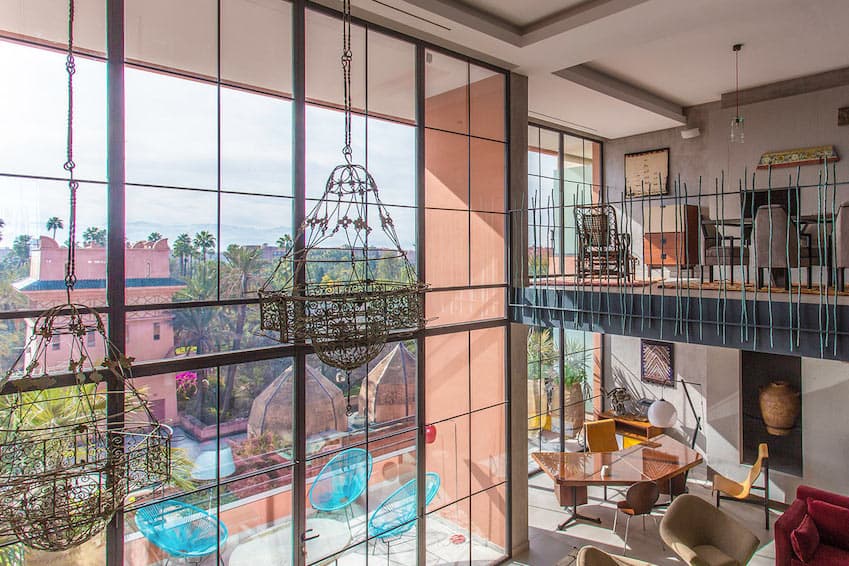 The contemporary style is settling in Morocco with buildings that contrast with the Berber or Arab-Andalusian style such as the Morocco Mall in Casablanca or the future large flap theatre that was to be built in early 2019. The contemporary style promises a new lease of life for the country as it aims to attract many travellers and reveal a new face of Morocco to them.
>>> Discover a contemporary apartment in the heart of Marrakech 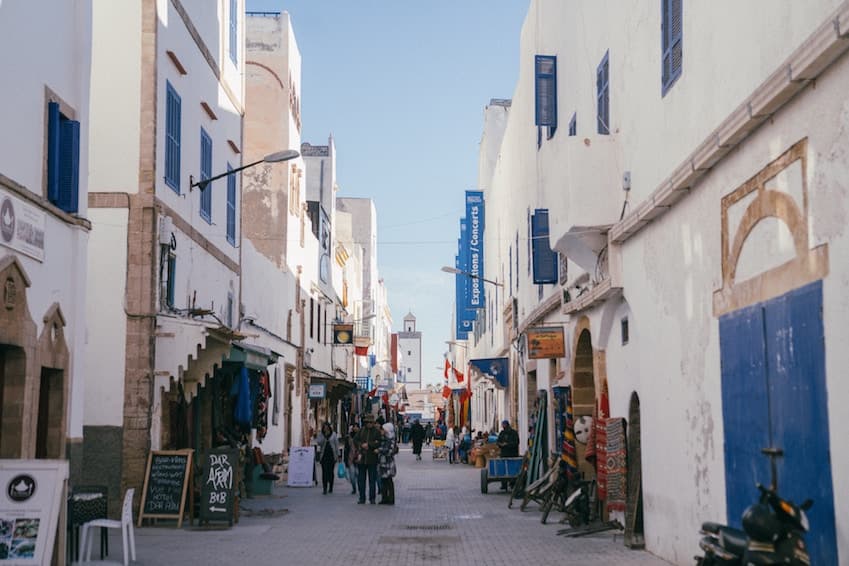 5 - The Portuguese influence in Morocco

Although the time of "The Algarve beyond" is over, Morocco has the imprint of an ancient Portuguese cohabitation that lasted from 1415 to 1769.
The city of El Jadida, located in the northwest of Morocco was built by the Portuguese and then taken over by the Moroccans, its fortifications and ramparts are a perfect example of Portuguese Renaissance military architecture, which today blends perfectly into the landscape and constitute the country's history.