Discover our villas
Home »
The magazine »
Kasbah, centre of the old Medina of Marrakech

Kasbah, centre of the old Medina of Marrakech

For those who have a trip to Marrakech on the cards, a stroll through the ancient district of Kasbah is a must. This fortress is home to various major sightseeing spots including the Saadian Tombs and the King’s Palace. Ideally located in the Medina of Marrakech, Kasbah is a charming district to visit with children due to its safety. As mentioned, King Mohammed VI’s Palace is located inside the fortress which means the district is safeguarded day and night every day, to guarantee its visitors a lovely visit.

>>> 4 useful tips for planning a trip to Marrakech 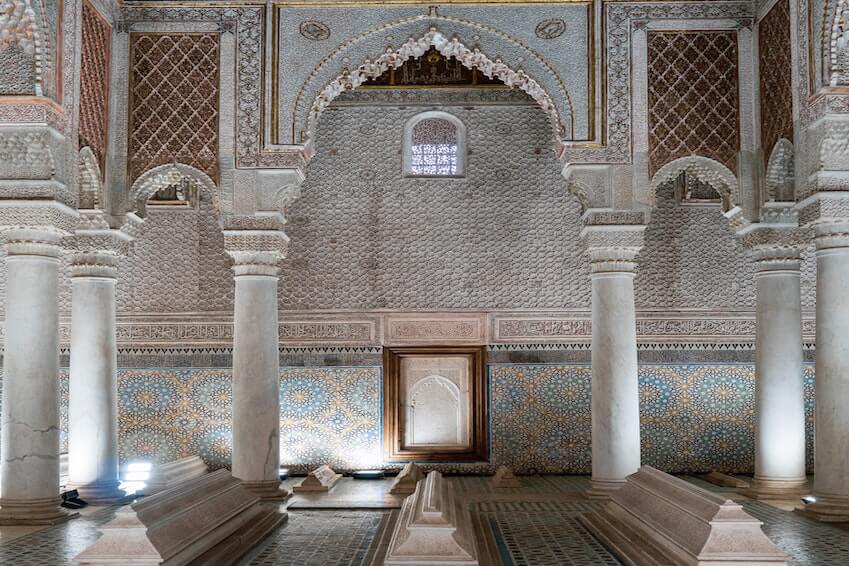 To enter this fortress, visitors enter through a large gate called Bab Agnaou. The latter is one of Marrakech’s 19 doors which was built in the 12th century. Upon entry, visitors will be charmed by the traditional shops dotted all around, where vendors sell all sorts of local products including the renowned spices.

Kasbah is home to various sites which characterise Marrakech including, as mentioned, the Saadian Tombs. These were built in the late 16th century and restored in 1917.Visitors will have the opportunity to admire tombs of  approximately 60 Saadians including the Sultan Al Mansour as well as his family and successors. The Tombs are dispersed between 3 rooms including the renowned 12 columns room which contains beautiful tiles.

>>> Find out more about Marrakech’s history

After a spectacular visit to the Saadian Tombs, visitors will have the occasion of heading to El Badi Palace, a beautiful palace built towards the end of 16th century where the previously mentioned sultan Al Mansour used to reside. The French festival held by Jamel Debouze ‘Marrakech du rire’ takes place annually inside the El Badi Palace, a truly spectacular venue for such a great festival.

Kasbah Mosque is another must-see inside the fortress. Also referred to as the Golden Apple Mosque, it is the second biggest mosque of Marrakech, behind the splendid Koutoubia Mosque. With an 80 metres tall minaret, you will not miss it while taking a stroll and making the most of the gorgeous Moroccan sunshine.

Last but not least, Kasbah is home to the King’s Palace and has a wonderful architecture which art lovers will enjoy. King Mohammed VI however does not stay in this palace when in Marrakech but the public is made aware of his presence by raising the Moroccan flag on top of the Kasah palace.

>>> Discover all our luxury villas in Marrakech